Four families will become homeowners in Waldwick in late summer thanks to the joint efforts of Habitat for Humanity of Bergen County and the Saddle River Valley Jewish Community Organization (SRVJCO), who have recently spent time renovating and converting an early settlement Dutch colonial home in serious need of work into four condominiums.

The once single-family home will be converted into two two-bedroom condos; one three-bedroom condo; and one four-bedroom condo. The project has been done mostly by volunteers from Habitat for Humanity of Bergen County and other organizations, such as SRVJCO, which brought 42 of its members to the Waldwick project to be volunteers for four days. The SRVJCO’s mission is to promote Jewish unity in the Saddle River Valley through community service projects, fund-raising and social gatherings.

“We don’t usually get 42 volunteers from one organization,” said Habitat for Humanity of Bergen County Supervisor of Volunteers Chris Warburton, adding that organizations send several volunteers throughout the year. Habitat for Humanity is dedicated to eliminating homelessness and substandard housing in Bergen County and is traditionally at a house project for at least a year. Of those who volunteer, a total of eight or nine volunteers are allowed per day for safety reasons, said Warburton.

The organization sent information about this initiative to its membership of 120 families, and volunteers soon signed up, said Halpern. The group is mostly comprised of women, but men and young adults at least age 16 were encouraged to participate, she said. SRVJCO requested donations of at least $18 from each builder. Though there’s no specific goal, Halpern said it was about the “essence of volunteering” to want to do something for others and the donation was whatever people could give.
Besides mechanical work, which must be done by paid professionals, all work is done by volunteers, including framing, insulation, spackling, landscaping and painting, Warburton said.

Reinforcements had to be put on the foundation and throughout the house “to bring it up to modern building and safety code” while special fire-rated walls have also been built, which would “prevent a fire in any of the condominiums, up to four hours, from reaching one of the other condos,” said Warburton.

This is about giving, and these “women gave up a day to build someone else a house,” Halpern said.
Many of the volunteers said they just wanted to help out in Bergen County communities. SRVJCO Board Secretary Elysa Levy said she’s participating to benefit others, and “the organization wanted to do things for fund-raising events and get their name out there.”
“It’s nice, it’s rewarding, you get a good feeling especially when you know that people need this,” Levy said. She lives in Upper Saddle River, like many of the other SRVJCO volunteers, and has been a member for 10 years. It’s her third time working with Habitat for Humanity of Bergen County through other community organizations.

Upper Saddle River resident Brenda Wainland, who has been a member of SRVJCO for five years, said that with her children getting older, she wanted to get more involved with the organization.
“This is the type of project that you think of doing because it’s such a great idea but you never do,” she said. “SRVJCO gave me a door to try it.”

It’s her first time working with Habitat for Humanity of Bergen County, Wainland said, adding that she “didn’t know that Habitat was doing work in our local towns.” She said it was a great opportunity to get involved. She helped with sheet rock, securing it with studs and preparing it to be spackled.
“I’ve never done it before, it was kind of fun,” Wainland said.

Robin Cassell got involved after a reality TV show about people getting involved in Habitat-like efforts inspired her to participate in the project. It’s her first time volunteering with Habitat for Humanity of Bergen County but she’s been involved in local volunteer efforts like Dress for Success, which gives gently-used suits and other business clothing to women trying to get back into the workplace, and she’s volunteered abroad in Israel.

“It’s a great feeling at the end of the day” and it makes the community better, said Cassell, an Upper Saddle River resident who has been a member of SRVJCO for two years.

She said she wanted to fill in some of her “free time by getting involved in community projects” instead of doing more leisurely activities, like tennis or grabbing lunch with friends, which can be fun, Cassell said, but volunteering affects everyone.

“It really is very rewarding,” she said. 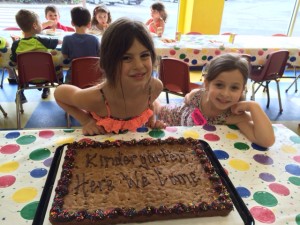 Twelve of the cutest five year olds showed up at Screamin’ Parties to play, bounce, and scream while getting to know their future classmates. Thanks to Christina Sachs for donating her time, her facility and making sure our children had the best time ever. A great time was had by ALL . . . Kindergarten here we come! 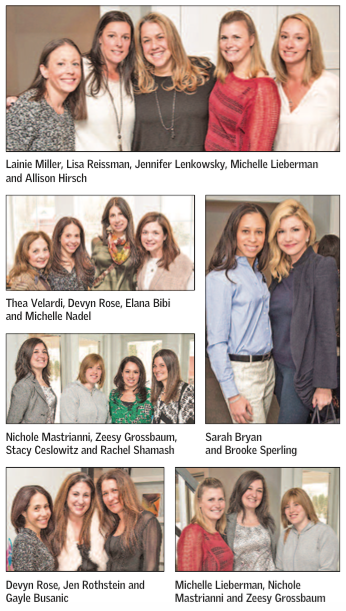 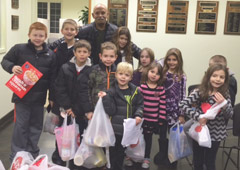